EN Walking through the city with strange eyes, as if you were seeing everything for the very first time, is in fact only possible the firsttime. Every subsequent stroll through the same street is characterised by a budding sense of security, habituation, and everyday questions. The peculiarity of the first glance recedes. Surprise turns into research, a personal interest begins to grow, which crushes the colours, so to speak.In two phases on joint walks to historical sites in L’viv, I accompanied the poet and activist Grigory Semenchuk in the summer of 2017. For me, the distinctive places faded away behind the colour of the city and the colour of fashion or clothing worn by its inhabitants.It was astonishing to explore the use of both public and private intimate colour choices, the colours of home, or Farbheimat.

Blue sea, white snow, green forest - the fact that landscapes shapethe colours of countries is evident. But do cities also have a colour identity? Can they be recognised by their colours? These questions have occupied art historians and artists for decades. John Gage delved deeply into colour in 1993: “Colour and Culture: Practiceand Meaning from Antiquity to Abstraction”. Additionally, theColours of Europe is the fruit of many years of research into theconstant interplay of colour and architecture. Jean-Philippe andDominique Lenclos effectively bring to light the important roleplayed by colour components within the sphere of geography, history,and local culture: Couleurs de l’Europe: Géographie de la couleur; Antony, 2003; based on J.P. Lenclos: The Geography of Color; Tokyo, 1989. Erich Küthe explained colours for marketing in 1995:Marketing mit Farben; Cologne, 1995. And here I have to mention the work by Michel Pastoureau about the role of colours in history- blue, black, green, red and yellow. Other projects are the publication by Christoph Häberle: Colours in Europe - On the Development of Individual and Collective Colour Preferences; Wuppertal, 1999. The aim of the work is to describe and explain the development of individual and collective colour preferences using observations of the “colour home”, or Farbheimat, phenomenon, i.e. spatially-bound colours and colour preferences of the inhabitants of different European regions. In this decade,the visual artist Markus Pretnar investigated the colour from Northern to Southern Europe on his journey along the 26th degree of longitude. The city of L’viv in Western Ukraine seemed to him to be of little significance: the houses ochre; the base grey. This is exactly where my project started at the suggestion of the Berlin action space ZWITSCHERMASCHINE. While the urban colours in Northern Germany, for example, are characterised by the red and brown tones of brick architecture, cities in the Bavarian Forest are characterised by pastel shades. New housing estates and pedestrian zones are standardised by multinational corporations and look the same everywhere. The colour of personal clothing and appearance is dictated by the international fashion industry, but is conversely counteracted by temporal cycles, streetwear, and peer groups.In L’viv, this realization seemed to be suspended: the focus was on the special color spectrum that is spread across the city and distinguishes both places and people - at a time when the aforementionedcorporations of fashion and globalization were not yetbased in the Ukraine.The concept of the photographic series places the portraits inrelation to the public color scheme. The diptych lends itself to amontage, as in film editing, which, while not altering the individualimage, exposes it to the simultaneous gaze of confrontation, extension,or even parallelism.

EN L’viv is the cultural centre of Western Ukraine. Throughout its history, the city has always been a melting pot of different cultural influences and is located at the crossroads of Western and EasternEurope. The old town has a unique, blended development of Renaissance,Baroque, Classicism, Historicism, Art Nouveau, and Art Decostyles. In 1998 the old town was named a UNESCO World HeritageSite. In the explanatory statement, it says among other things:“[...] With its urban structure and architecture, Lviv is an excellent example of the fusion of the architectural and artistic traditions of Eastern Europe with those of Italy and Germany.”...] The political and economic role of Lviv attracted many ethnic groups with differentcultural and religious traditions, which formed different butinterdependent communities within the city and are still visiblein the modern cityscape. During the 20th century, the city of Lvivchanged its “statehood” several times and experienced an almostcomplete population exchange during and after the World War II;first with the annihilation of the Jewish inhabitants, who representedalmost a third of the city’s population, by the German occupyingforces, and finally with the expulsion of the Polish inhabitants afterthe war resulting in a renewed Soviet occupation. Chris Dreier, Alekos Hofstetter, Hartmut Jahn, Frank Lohmeyer, Natalia Mysak and Grigory Semenchuk create multidimensional, interdisciplinary artistic-intuitive recordings: maps of urban space.They enable a different view of the concrete situation on site in 2017,when the fashion industry’s large, international department stores had not yet gained a foothold. From the excursions and city tours worked out and tested together on site, tours will be expanded and developed to such an extent that they will be offered to the city’s residents and visitors and will be partially included in the online map “L’viv Interactive”. Berlin / L’viv 2018 /2020 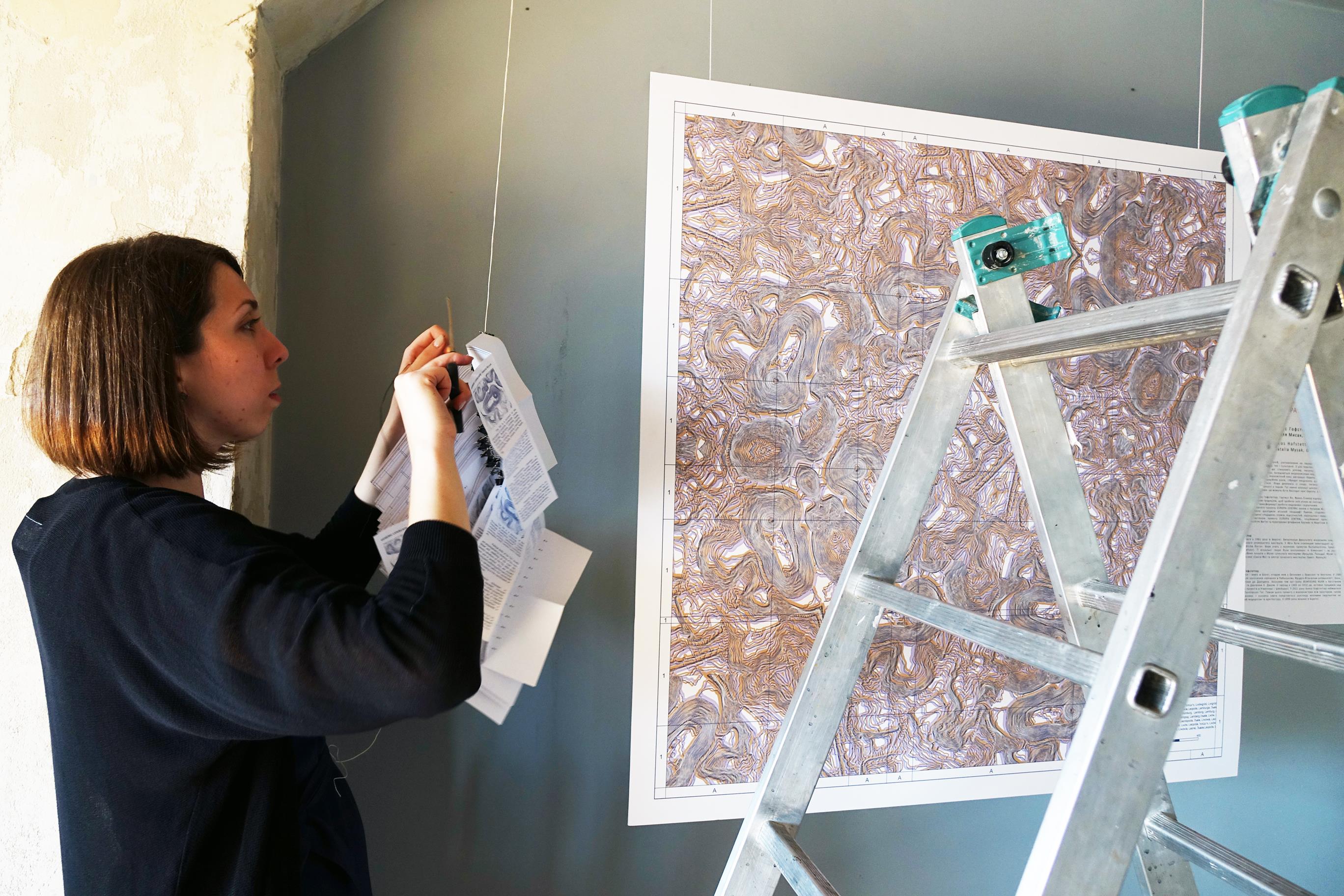 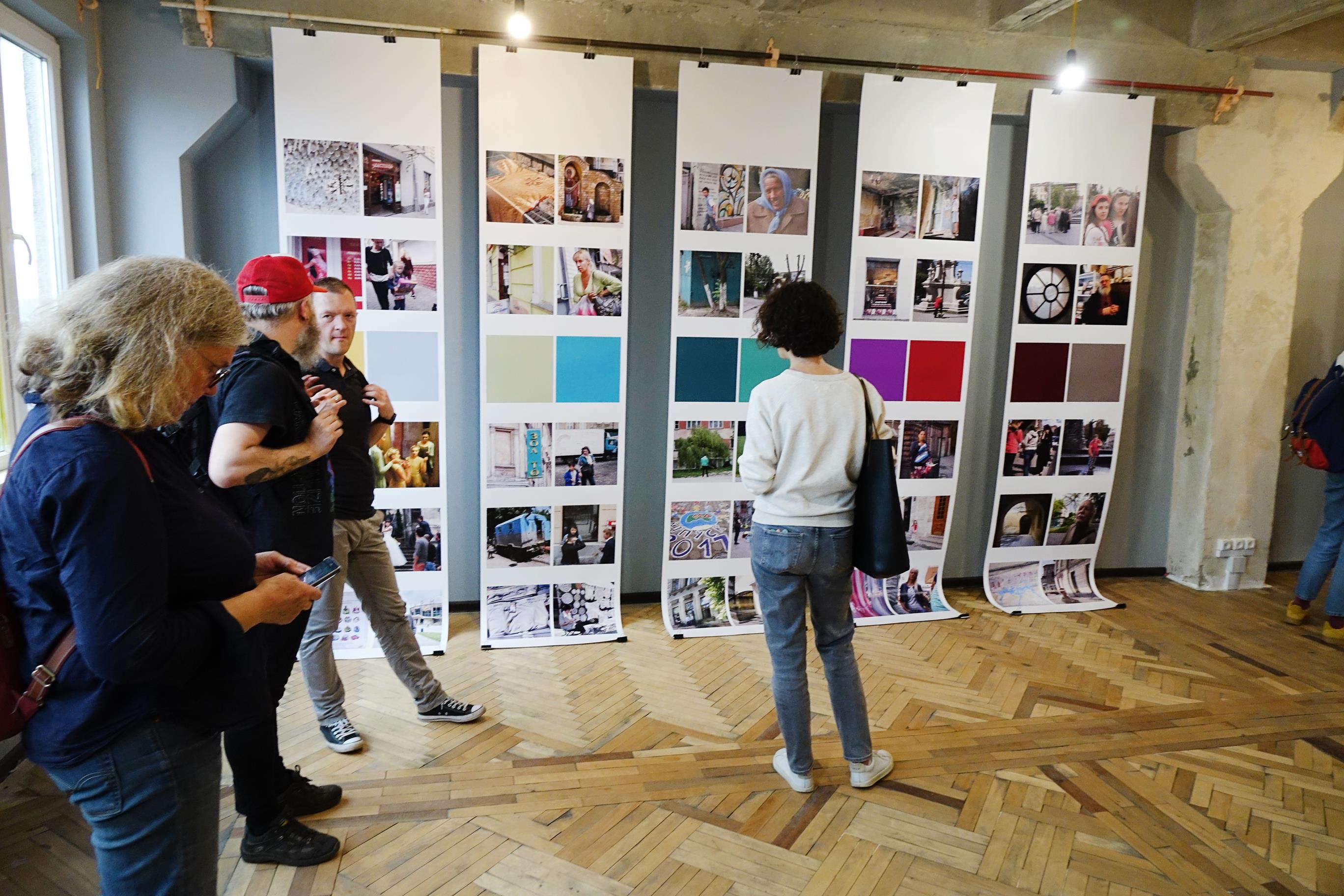 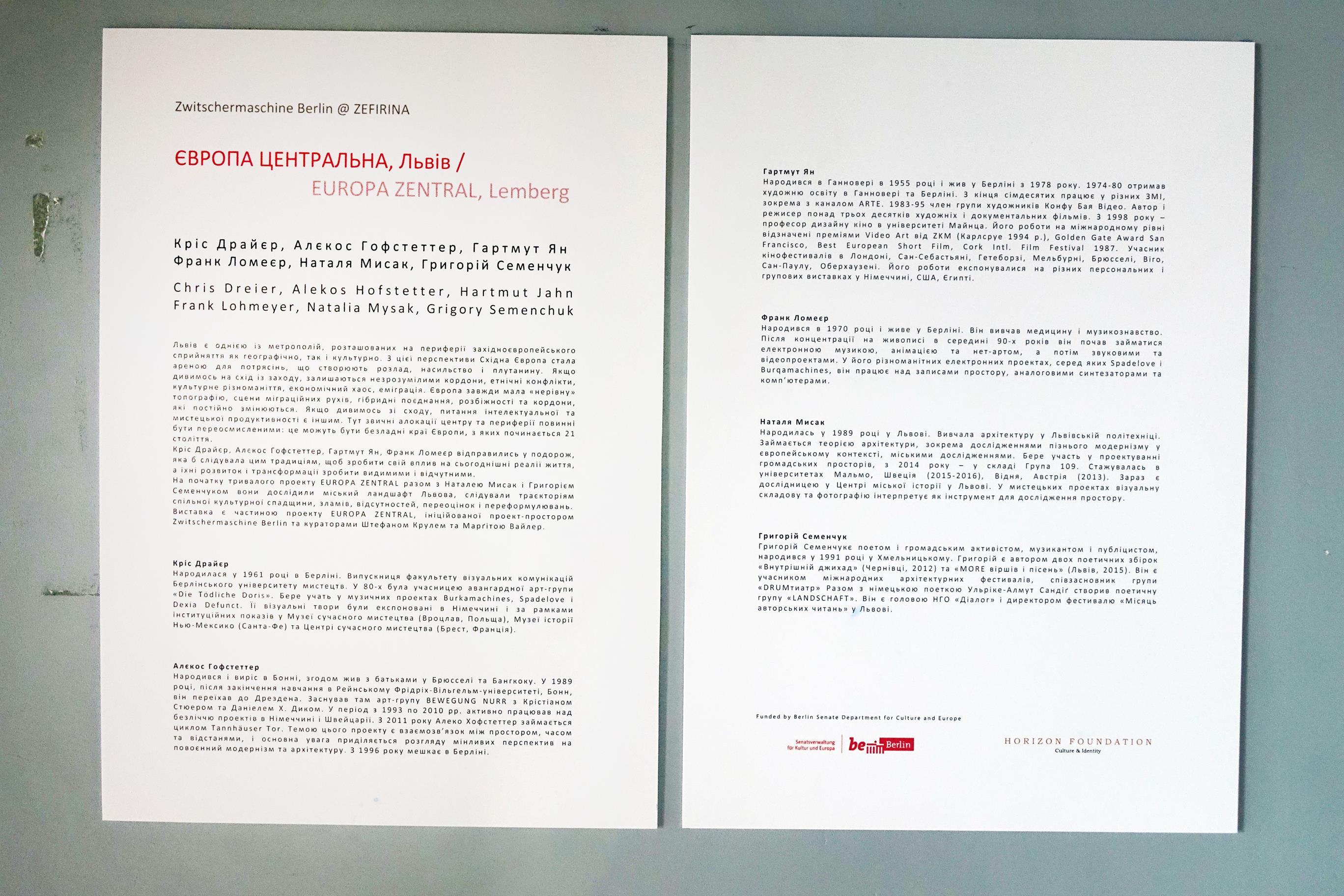 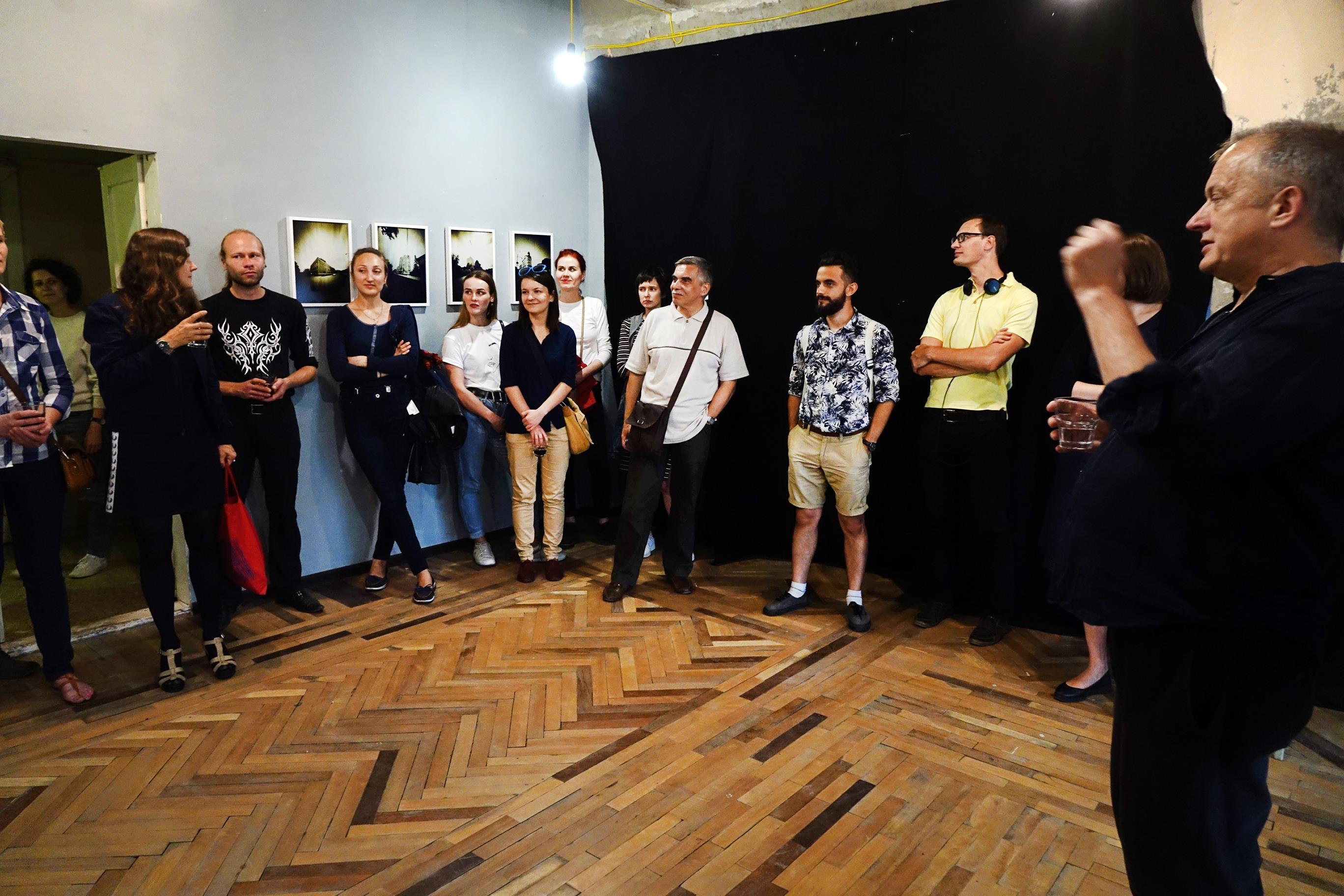 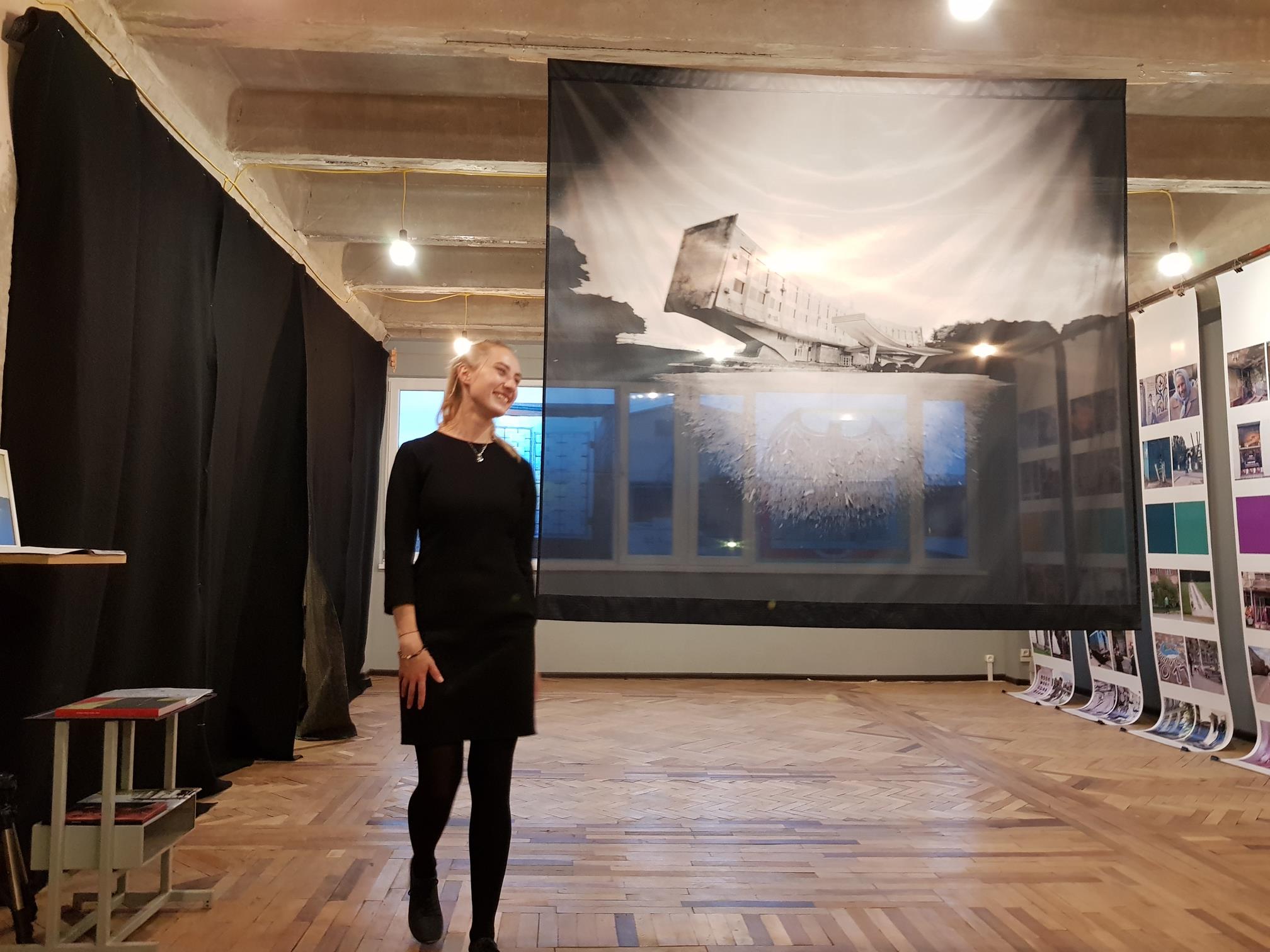